Who doesn't love to travel?
Who doesn't love to have fun while we learn?
This book, Are We There Yet, Daddy? by Virginia Walters, takes us on a road trip with a boy and his dad.  The boy studies the map as they cover the miles, and we are able to view the map frequently as we follow their trip.  Map skills are still needed, because we may not always have an electronic device with us to guide us somewhere.
The book is on a 2.2 A. R. level, and a passing score earns 0.5 point.
at October 28, 2019 No comments:

The House in the Night by Susan Marie Swanson is a Caldecott Medal winner in our easy books.  This cumulative story is based loosely on an old nursery rhyme, and the striking pictures put you in mind of the woodcutting illustrations in the very first children's books of many years ago.  It is on a 1.6 A. R. level, and is worth 0.5 points when you pass the test.

Hello Goodbye Dog by Maria Gianferrari tells about a dog who wants to be with his girl, even when she is at school.  This books shows us how well the girl manages in school with her wheelchair, and gives a glimpse of the training process for a therapy dog to be certified.  The A. R. level is 2.3, and it's worth 0.5 point on the test.

If your child needs reassurance that there's nothing to be afraid of in their rooms in the dark, we have several new books about a big-kid bed or being brave at night.  Come and try them all, including I'm Not Afraid of the Dark by Helena Harastova.  This book has pull flaps that show us what we are really seeing at night rather than the monsters we can imagine! 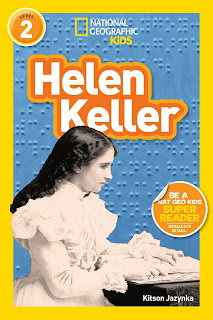 
Author: Kitson Jazynka
What was the story about? It tells about how she learned how to spell and write and about her life.

Did you like the book?  I liked the book because it tells about how her life was dark and quiet. 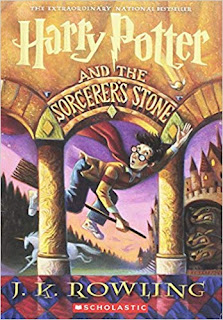 
What was the story about? After Voldemort killed Harry's parents, Dumbledore, McGonagall and Hagrid rescued Harry from the scene and left him on the doorstep of the Dursley residence (Number 4 Privet Dr). Several years later, Hagrid takes Harry away after a series of unanswered letters to find himself at Hogwarts. After quidditch and lessons, can Harry and his friends keep the stone safe from you-kno-who?

Did you like the book? Yes. There were always plot  twists. The book was unpredictable.

Jon Robert rated this book 5 out of 5 stars. Thanks for the awesome review!


Book Title: Harry Potter and the Chamber of Secrets 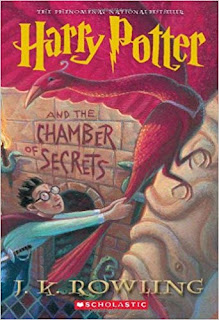 
What was the story about? In the second edition to Harry Potter, we see the Dursley's passionately pursuing a business deal with Mr and Mrs Mason. That is stopped when Dobby comes to warn Harry that he should not go back to school. Harry is now locked up in his bedroom to then be rescued by the youngest Weasley boys: Ron, Fred and George. Off to school, Harry is attacked by a tree, an enchanted bludger and later on a partially existent Voldemort.