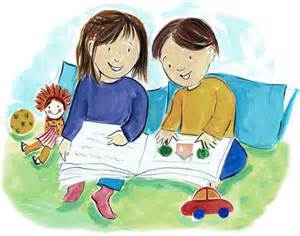 We want to start a reading club in our Children's Department!  An early reader would be matched with an older reader.  They could read to each other for about 30 minutes on Wednesdays at 11:00 a.m.

Please come in to sign up at our Children's Department desk, or email us at:

Please include in the email the child's name, age and favorite type of book.

Hopefully, we can begin meeting soon.

Ready Player One is a futuristic book set in year 2044 in an ugly, overpopulated, run down version of our world. This futuristic book is part adventure story, part love story... but mostly adventure.

It centers around high schooler Wade Watts, a.k.a. Parzival, who spends most of his time in the OASIS, a hyper-realistic virtual gaming world. This is where he goes to school, hangs out with his friends and escapes the terrible, real world he lives in.

When OASIS creator James Halliday dies, he leaves his fortune - billions of dollars- to the first person to uncover an Easter egg, something Halliday has hidden within the game. This is a puzzle, a quest based on Halliday's favorite movies, comic books and video games. To complete this quest, players must find and obtain 3 keys which will unlock 3 gates, leading them closer to finding the Easter egg and winning the money.

Several years pass after Halliday's death and still no one is any closer to solving these puzzles as the day Halliday died. While many players give up the quest, Parzival continues his search, with hopes of using his winnings to create a better life for himself.

Parzival's quest to solve Halliday's puzzle is filled with 70's,80's, 90's nostalgia and will appeal to readers of multiple age groups. If you like science fiction and adventure stories, this is a must read.


This book is available in hardback, call #: F Cline, Science Fiction.
Get the audiobook, read by Wil Wheaton, straight to your smartphone through Camellia Net.

Check out the New York Times Review for more!